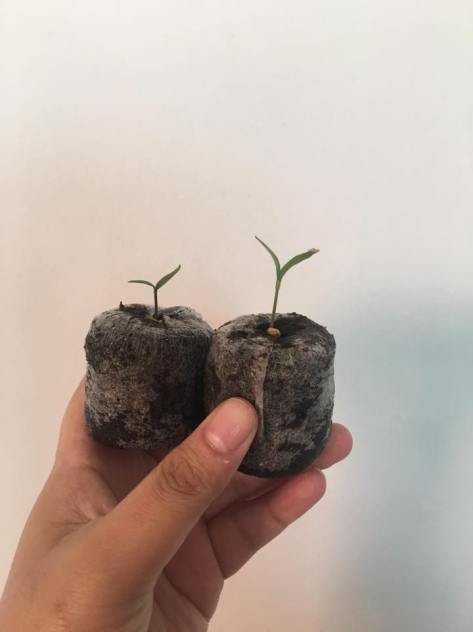 The sun’s been out today; everything feels very much hopeful, and full of potential. I’ve seen potential, having fished out half a dozen baby chilli’s from the heated propagator. I was wondering when these would come through, it had been some time since the seeds had been sown. I wasn’t feeling particularly hopeful as the pellets had repeatedly dried out and there was some sense of frustration. I had sown chocolate habaneros on one side of the prop with cayennes on the other. It would appear that only half of the prop is working. The hababeros have not germinated, the pellets have dried out. Some part of me suspects that the blessed box may be on it’s last legs. I hope that it hangs on a little while, I have tomatoes to sow in a month or so. I will be keeping an eye on the habaneros, perhaps sow another batch.

The job now is to nurture the seedlings, see if they start to become more robust. The mild weather is meant to stick around for the next week or so. If there is a cold snap, these are still quite  vulnerable to a chill.

And with all that potential at hand.

I went to the plot today.

There was much to be gained, after a fortnight of turbulence in the real life. I planned to get some grounding, lose the tinge of drama and stress that I’ve accumulated and experienced and also lose myself within the pleasure of being on the plot. With a playlist and headphones at hand, I popped on my wellies, grabbed my hoody. I was walked down by my Mum, who wanted to tackle her own plot.

(Note to self; find wireless headphones. You’ll end up chopping the wire with your secateurs).

My plan, at first, was to pull up grass. At first,  I did; much of what I put my hand to, did come up and away. Then it was a case of covering things up. 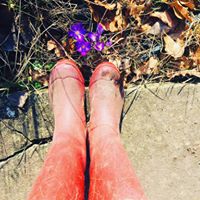 The first half of the plot has a dozen raised beds. I have built each one by hand-I remember the blisters-and most of them are in some form of shape. They are however low on dirt; they sink every year and will need to be filled back up again. For now, I am covering them, to contain and protect. The top of the plot, is nearly seventy per cent covered, the poly tunnel is there too in a sorry state of disrepair. This will either be recovered and form a brassisca cage, or recovered to once again be a hot house. If you ask my mum, it will probably be a cabbage cage. I quite fancy a chilli factory, to be honest.

Five raised beds were tidied and covered, there are still many more to look at. There is grass everywhere, most of it dead, so easy to get out of the way. It felt good to be back on the plot, to have impetus and to also be able to see the light at the end of the tunnel. If the raised beds are tidied, I can then think about the spaces in between. These can be turned into paths or even patches of flowers if I think about sinking bulbs, corns and gladioli. It would be nice to  have flowers back on the plot, the roses could do some TLC but are starting to form leaf buds.Still a bit early, to even contemplate sunflowers, so all in good time.

A rather unexpected but not surprising side effect of going to the plot, is the spark to write. I have an idea, for Devan III, it needs some beefing up though. I plan to go to the plot tomorrow, there is more work to be done; maybe the other plot will come together too.

One thought on “Rebuilding the dream #gdnbloggers”