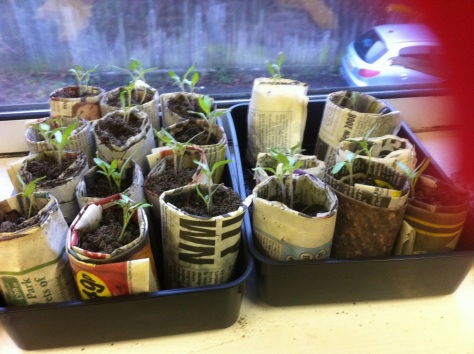 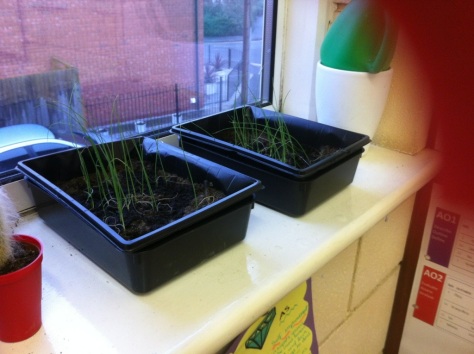 As the weather turns on its head, there are still many things lurking with intent on the window sills.

The broadbeans are still there, getting taller. Purely as the weather is having a tantrum. Watered daily, they are being monitored closely. I intend to make further sowings later, after the Easter holidays. By which time further paper pots will be made. Allowing sowings of dwarf French beans and runner beans to be sown.

The tomatoes are sat there too, having grown leggy in modules. Being transplanted, they sulked and they pouted. They remain in that state.

The Lyon 2 prize winner leeks are still standing. Just. These are also being watered, in their up, down, shake it all about state.

In other news, desert the cactus is flowering. Beautiful red bloom.