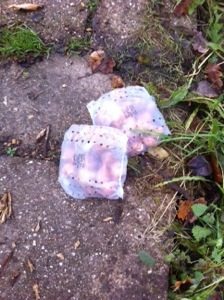 It has been rather stressful of late, and time spent on the plot has been something of a premium. Today, I planned to get a couple of jobs done.

First thing to be done was to sink Rose Climbing Danse De Feu and rose Climbing Golden Showers beneath the arch that mama H and had constructed during the summer. This would act as the gateway to project othello. I have high hopes for this, as the other roses did so well.

Then there was the sinking of tulips. My second favourite flower after roses. Approximately 210 were sunk today. I got somewhat inpatient with the bulb planter and trowel. Ended up making small trenches with the magic spade. Probably not the best way, but a lot got sunk at once. Sunk today were Darwin, purple collection and everlast.