2017 started with chaos and carnage. My poly tunnel fell victim to unseasonably strong gusts and was rendered kaput. Still hasn’t been fixed.

In real life, I was one third of the way through the first year of a level four counselling diploma, there had been a family bereavement and this combined with a self imposed writing/publishing deadline and increased hours at work.

There were a lot of variables that all combined and made going to the allotment more challenging. This has not felt like a productive year; this has felt like a duff year, with nothing quite coming off as it should.

I did sow seeds, these became seedlings and I split them all with my mum for her plot. It all however felt very cumbersome, as though the universe and I were embroiled in some kind of psychological and physiological tug of war that defied the laws of physics to make time turn to grains of sand.

There simply wasn’t enough time or me to go around. I was focusing on the diploma and it’s process of transformation-still going, now in the second year-writing was and in there someplace, there are projects in the pipeline, some more immediate than others, I have decided not load my writing plate. Then there is the real job, the teaching job that I do three days a week; this ebbs, flows and keeps me going in a straight line.

What I have missed, what my brain and body have needed but not had, is the allotment. And Zumba, but this is another story.

Somewhere in there, is my allotment. My little piece of England, my eden, my demi paradise.

It doesn’t look so pretty, now does it?

If you’d been neglected, unloved and not had your potential actualised, I daresay that is what you might look like.

Over the summer, I did get asked, ‘Punam, what you doing, do you want me strimmer?’

As you might remember, I spent summer doing nothing. I was feeling very spent, as though my figurative lego bricks had been smashed to smithereens and I was trying to put myself back together again. I am still trying to do that! 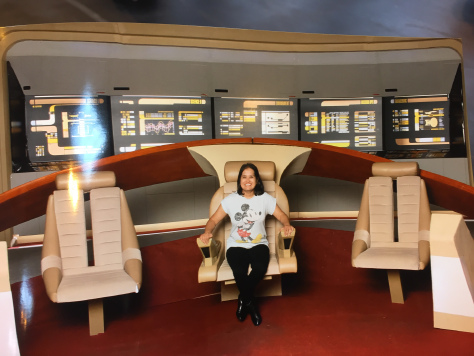 I am trying to resume course in the Captain’s chair to be in charge of my own figurative starship.

This includes the allotment.

At the moment, it looks awful; completely and utter derelict, it’s not in the best shape. I guess that reflects me, and the experience that I have had over the last nine months.

I haven’t been listening to myself as much as I should have, and this summer was about resting and taking the best care of myself that I could. My actualising tendency had been battered, bruised and broken in some part. The allotment is choking with bindweed, the raised beds need tidying up and the whole allotment needs to be rebuilt from scratch.

The allotment is sizeable, 200 sq metres. It’s got its own micro-cosm, does what it wants, prefers to be negotiated with rather than told what it should do; it has a thing about experimenting, trying it’s best and doing what it can do, rather than what it can’t. It would rather have a go, learn it’s lessons and move on to do what makes it happy.

Remind you of anyone?

As the seasons change, and autumn arrives, my thoughts are still about rest, rejuvenation, about taking stock. In the autumn and winter, we have the natural cycle of things bearing fruit to then reaching the natural end. The allotment may not have done much this year, but it is now time for it to rest and recuperate. I have lots of tidying to do, and with foliage dying back, perhaps that will be easier to do.

That 200 sq metres does look intimidating. I do feel an overwhelming urge of ‘how the flip do I tidy you up, where am I meant to start, and do I have enough hours for you?’

I’m not giving it up, that’s for sure. I have no plans to walk about from this allotment plot. What I need to do, reconfigure things. Take one corner at a time, do one job at a time.

There is no rush.

Well, there might be, when the allotment secretary sends me a warning. He’s been pretty nice about it so far, given how there was some productivity.

There won’t be any breakage of the laws of physics; that never helped anyone, not Sherlock Holmes, Star Trek Captains or Buffy and Angel.