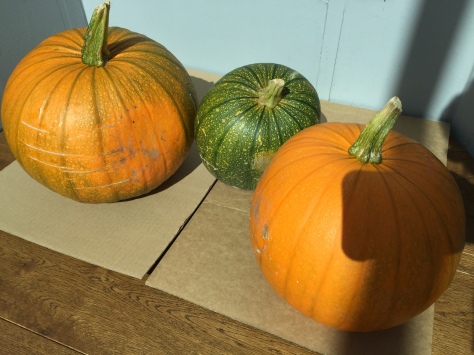 With two of the three plot pumpkins already having met their fate: it was time that my last one met it’s fate. Having survived Halloween, it has been hanging around for a while. 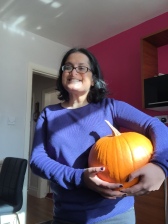 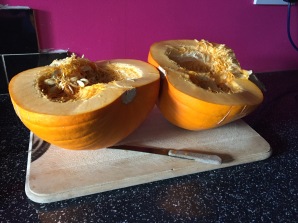 The process involved chopping, roasting and adding the combination of pumpkin, tomato and a bit of home grown chilli to an onion base. With this recipe, I have only used half of the 6lb fruit.

After roasting, we did this.

The recipe is fairly straight forward. Having peeled and chopped the pumpkin it was then roasted with an assortment of spices. Once cooked through, this was added to a base of onions, ginger, onions and cumin that had been sweated off. Adding water and simmering till tender, the pumpkin became tender and was then blitzed with a hand blender. The one difference in this soup compared to ones made previously, was the addition of home grown fenugreek for additional flavour. There were also some frozen home grown chillies in there too.

If you hold a second, I will be posting the other half, where we curry Bruno!