The Peace Novella Series is officially two years old. It feels as though it was yesterday, when the first novella-Songs of Peace- was released as part of an ambitious, dynamic and diverse anthology series. Sixteen authors worked together to build the fictional town of Peace, Montana.

Two years ago, we would have seen Songs of Peace, Love in Peace and what Peace Remains, go public. This Saturday, marks the anniversary of Reclaiming Peace.

Running from Autumn 2017 to Summer 2018, we saw the novellas release on e-readers every other week. It was an exciting time, in reading and collecting what felt like a whole Peace Library. This is a series where there truly is something for everyone. 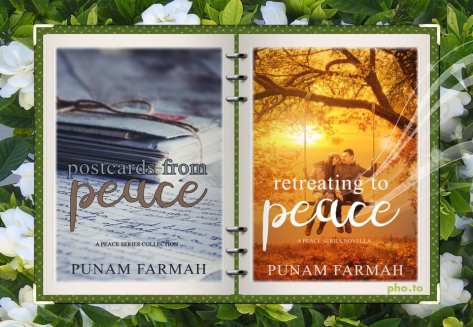 My contribution was Retreating to Peace, and this arrived in January 2018. This year, a year and bit later, I published Postcards from Peace. The Devan Coultrie Saga needed to be continued. To be honest, with Postcards, there were more questions. Things were to develop a little further.

There will be a third contribution!

There will be further details in the run up to Christmas.