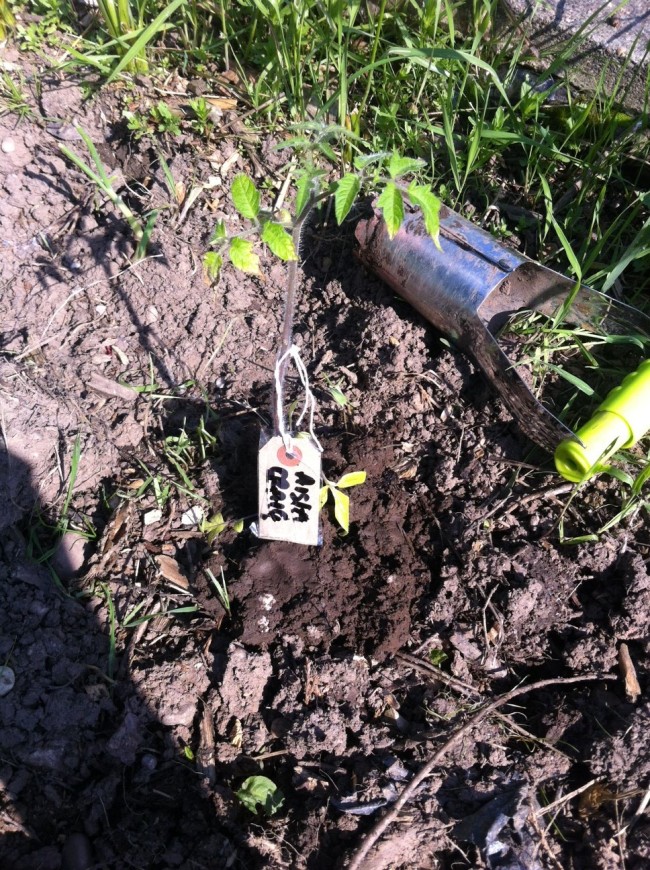 Today was the day that the tomatoes were turfed out of their transparent box in the poly tunnel. They have been sat there for a while making the transition. To be honest, think it was bit too hot for them, a few of the leaves have been scorched no matter how much I watered them. At forty degrees in the poly tunnel, I can understand wanting to get out.They were also getting tall, not gangly, but ready to make an exit.

So today there were meant to be fifteen plants, planted out. I managed fourteen, as one of them is actually quite tiny. Looks a bit developmentally delayed, compared to the rest of it’s peer group. Last year, all of the tomatoes were in raised beds. This year, with the extra space, with the exception of four, out in open group. Dotted in the corners of large beds, in project othello, largely. Quite an assortment really varieties, we have black cherry, alisa craig however you want to spell it, money maker, gardeners delight and yellow stuffer. I did look at the number that I planted out today, and surveying the space; felt a pang to sow some more. We shall see, I know that they grow reasonably quick anyway. Have bulb planted them in and watered.