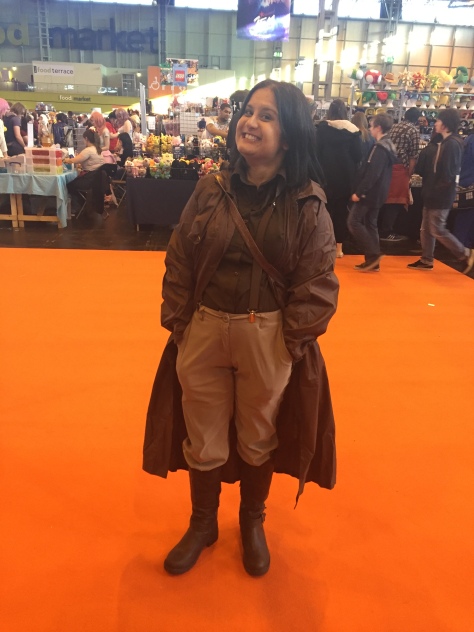 I’ve never been to a comic con, I’ve never wandered around the city of Birmingham in a costume. I did yesterday. I did, and I was brown coat. I like the Whedon-verse, Buffy, Angel, Firefly and Serenity have been watched over and over for years. There are lines from the shows that I know backwards. The highs, the lows, the tears and the tantrums, are an anthem to my youth.

A very dear friend of mine saw that Comic Con was coming to town, and asked if I fancied joining her. Yeah, sure, I would love to, I said. There was kicker, though. We’d be in Cosplay. There would be costumes. My friend went as the female version of The Pied Piper, so there were high standards.

A bollywood brown coat. You couldn’t make it up.